Rave On: A Tribute to The Reducers Vol. 1

by Rave On: A Tribute to the Reducers Vol. 1 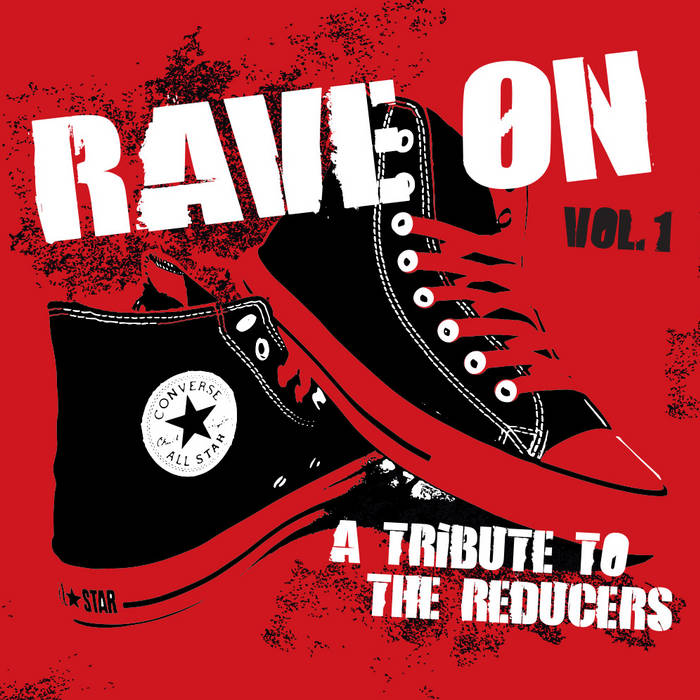 Once dubbed 'America's best unsigned band' by CMJ, New London, CT's The Reducers (thereducers.com) spent much of their 34-year career skirting the edges of wider mainstream popularity. But what they lacked in broader exposure, they made up for in critical acclaim and influence on generations of musicians and music fans around the world. This brand-new international compilation, "Rave On: A Tribute to the Reducers Vol. 1," features 24 tracks that pay sound tribute to the band's longstanding musical legacy.

Formed in 1978, The Reducers released three very well-received power pop "pub rock" records from 1983-1986 that propelled them to the national spotlight, where they found themselves touring the country opening for bands like The Ramones and The Replacements. (The Replacement's front man Paul Westerberg spoke openly of his appreciation for the band's songwriting.) Later albums like "Shinola", "Redux", "Old Cons" and 2010's "Guitars, Bass and Drums" only cemented their reputation as staunchly reliable rockers, and their influence as elder statesmen of rock n' roll continued to grow across the United States and beyond.

In 2004, 25 years into their career as a band, the Reducers were invited to headline a ten-day tour of Japan, playing with like-minded Japanese bands that had grown up adoring their music. The band came back to the U.S. more energized than ever. Together for 34 years, the Reducers' long run ended earlier this year with the death of bass player Steve Kaika, who died after a courageous battle with cancer. The original members, Peter Detmold (guitar/vocals), Hugh Birdsall (guitar/vocals), Tom Trombley (drums) and Kaika had been the only members of the band throughout its entire span. (More info on the history of the band can be found at www.thereducers.com/bio/)

"Rave On: A Tribute to the Reducers Vol. 1" features brand new music performed by bands and artists touched by the The Reducer's music at some point during the band's long tenure. Some tracks are reverent, almost note-for-note covers (particular care is paid to bassist Kaika's renown "lead bass" lines), others are re-imagined in ways that showcase the timeless impact of the band's songwriting. The disc opens with perhaps the Reducer's best-known song, "Let's Go," performed by New York City's The Rattlers (featuring Mickey Leigh, mickeyleigh.com, brother of the late Joey Ramone). No less than five Japanese bands put in hard rocking tributes, including Rockbottom and Firestarter, two of the bands The Reducers toured with in Japan.

Miracle Legion's Mark Mulcahy (www.mezzotint.com) joins old pals Chris Harford and Andrew Weiss (Rollins Band, Ween, Jello Biafria) in a new outfit called Birdfeeder, turning in what can only be described as a front-porch soul version of the Reducer's song "Sound of Breaking Down." Canadian rocker Dave Rave (Teenage Head) shows up with old pal Lauren Agnelli (The Washington Squares), sneering their way through the romper "Company Man." Boston's Frigate lays down one of the fiercest tracks, "Boys Will Be Boys," fronted by bassist/vocalist Linda Bean, as do fellow Beantowners The Dogmatics, who deliver a growling version of "Black Plastic Shoes." Kentucky's Tim Lee 3 bring southern flavor to "Don't You Wanna." The Reducers' label mates Heap also make an appearance, as does Fresno, CA's The Backstabbers, fronted by Jes Farnsworth, nephew of the late Steve Kaika.

Fellow current New London artists Paul Brockett Roadshow, Matt Goeutte and The Rivergods add hometown flavor to the disc, as do a few reunited New London bands that were peers to the Reducers at earlier times, The Clothespins and Blonde Furniture. The latter delivers a beautiful, forlorn version of the Reducers' song "Closing Time" toward the album's end. The once-bustling New Haven scene also represents with contributions from the Manchurians, the Big Bad Johns, the Del Crandalls, and the aforementioned Mulcahy.

*All proceeds from this CD will benefit the immediate family of Steve Kaika, who continue to work through medical bills and other challenges incurred during Kaika's illness.*

Rave On: A Tribute to the Reducers Vol. 1 New London, Connecticut

An international tribute, "Rave On: A Tribute to the Reducers Vol. 1" (Good Sponge Records, goodsponge.com) features 24 tracks performed by bands and artists that have been touched by the band's widespread musical legacy. *All proceeds from the download of this CD (minus Bandcamp's very modest fees) will benefit the immediate family of Steve Kaika, who passed away in 2012.* ... more

Contact Rave On: A Tribute to the Reducers Vol. 1

Bandcamp Daily  your guide to the world of Bandcamp